Co-founder of the infamous DEATH ROW RECORDS  Marion “SUGE” Knight was sentenced to 28 years in prison for Voluntary manslaughter. This charge usually carries an 11 year sentence but due to Suge’s violent history of armed robbery and assault, the voluntary manslaughter charge didn’t help him… at all.According to  PIX 11 News. The incident that Sug is being charged for  took place almost 4 years ago. He had a “beef ” with some long time rivals that approached him at a gas station and they were arguing through Knights truck window. He then struck the rival with his truck and ran him over with the truck killing him. 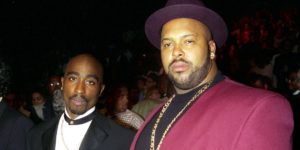 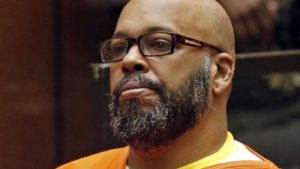 Knights lawyers argued that it was in self defense but to no avail. He pleaded to no contest last month to avoid a trial for the charges. His previous charges make him ineligible for probation in the future and as a matter of fact, due to his prior record, it put Suge under the states 3 strike law and it ultimately DOUBLED the sentence and added on another 6 years. There were 2 other charges pending on him but were dropped because of the agreement. This was a Ruling of the  Los Angeles Supreme Court Judge Ronald Coen.

Marion “SUGE” Knight was a major part in the Hip Hop culture at the hight of his game. Co-Owner of one of the biggest and very influential music labels of our time in DEATH ROW RECORDS. He released musical greats such as Snoop Doggy Dog, 2Pac Shakur, Dr.Dre as well as many others. He was actually in the car when controversial and militant rap ICON 2PAC Shakaur was murdered. However, he was also at the helm of the the infamous East Coast / West Coast beef that ultimately played a part in the death of Christopher “Biggie Smalls” Wallace.