Skip to content
LATEST:
Rapper Young Thug found indicted on 8 of 64 charges, Is That a good thing or a bad thing?
Tory Lanez loses in Meg the Stallion trial, faces 20+ years in prison
DJ Funk Flex Lifts Band on 69
Sound House Studios place to be!
Happy New Year !!
Young Thug indicted on 8 out of 64 charges
Jaguar Wright Get's Arrested
Read about The Vyer Network
Rapper from YSL Gunna Released from Jail
Top Picks: Check out our picks for the INDIE ROLL OUT

Entertainer POST MALONE has taken the game by storm with some big records since his arrival into the music world. One of his more notable records is “WHITE IVERSON” that debut at #1 on charts but since then he’s had even bigger records than that. Malone has been consistent  and has performed with some of music’s biggest names. Now according to reports from Digital Music News Post 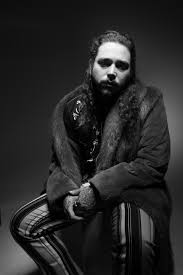 Malone has joined alliances with the CROC company to put out his own branded pair of Crocs. His design bares a devil sign along with custom designed jibbitz charms on them. Others say “Stay Away”, which is a famous tattoo of his  that has been re-branded on the Croc and another design that has just bares his logo. Each pair sold at $65 and sold out in 24hrs. The company is super excited about the turn out and will have more to come for next month!   For more on this story go to Digital Music News

1k
SHARES
ShareTweet
To subscribe to HOODMEDIA.NYC
2018-11-05
Previous Post: Rapper T.I. accused of scamming investors out of Millions of dollars for failed Crypto-currency
Next Post: Aretha Franklin documentary finally getting released after 46 years!