Surprisingly, Lori Harvey (daughter of comedian Steve Harvey) has broken up with rapper Future. Can you guess why!? If you answered “it’s because he got caught cheating”…. You’re right! We’ve actually covered the story previously when she first got with Future and it was a whole big deal. Prior to that, she was allegedly linked with one P.Diddy’s sons and THEN P. Diddy himself. Although, twists and turns happen and Lori ultimately ended up with the rapper Future. What looked to be a potential “slowdown” for Future the way he was publicizing their relationship, however, Future is definitely known for having children with multiple women. According to reports, Lori Harvey goes into Future’s phone and finds explicit text messages from another female that was clear enough for her to unfollow him on IG and call it quits! No questions asked nor needed but Peep the video by: In the News Daily

Also in the tabloids is the infamous elevator incident between Jay-Z and Solonge. However, this gets a bit more interesting because it actually deals with mental issues that exist within both Beyonce and her sibling. Well, the OFFICIAL audio has been leaked and confirmed that Solange’s outburst had NOTHING to do with Jay-Z infidelities. It did have everything to with her mental health issues that eventually (according to reports) put a strain on BOTH of her marriages and also confirms the roomers of why JAY-Z and Beyonce couldn’t take the risk of having her with the children unattended.

A lot of her erratic behavior comes from PTSD from a stabbing of her close and dear freind that was stabbed 10x by a former roommate. Solange was there every step of the way during her freinds incident but it seems as if the mental condition took it’s toll after the incident that even had her cancel a Coachella appearance.

To make things even a bit more interesting, Beyonce herself ALSO suffers from mental issues and freezing episodes in public.

Here’s the thing: Mental Health is a real thing. We can thank Cthagod from the infamous Breakfast Club radio show for bringing these things to the surface. Not that we as a people didn’t know, but to actually talk about it and bring it to the forefront to letting people know it’s ok and to address the issues and it’s perfectly fine to take care of you both physically and MENTALLY regardless to what people think.

On the flip side, Jay-Z took the bullet of looking like the bad guy and flipped it. Their PR team is savage is all I can say. Jay-Z is the man lol.. So peep the video for a deeper insight. Stay blessed and safe. 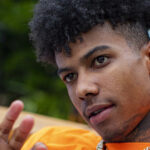