Mega Star comedian Kevin Hart, has recently inked his deal to a new production that will be ABC and HartBeat Productions venture. The show is going to be called “Don’t call it a come back” is currently in development. Courtney Lilly who is currently a writer and an executive producer for show “Black-ish” which is also a critically acclaimed TV show under the ABC umbrella. 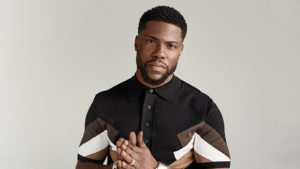 According to reports, the show/series is about:  A single-camera family comedy about a 40-year old divorced dad who had one hit with a PM Dawn-type hip-hop group back in the ’90s and how he uses his attempt at a comeback to get his swagger back in parenting, relationships and life and prove that no matter where you are, your best days are ahead of you. -Joe Otterson- Variety.com

Looks like Kevin Hart has no intention on stopping either. There is more info on this venture: For in depth info go to Variety.com

1.8k
SHARES
ShareTweet
To subscribe to HOODMEDIA.NYC
2018-11-09
Previous Post: Tekashi 69/ KANYE/ NICKI video shoot shot up/ Tre Way Shottie out on bail/ Snoop Bio-pic and more
Next Post: Our forever first lady Michelle Obama speaks on her new book and her miscarriage that she had 20 years ago